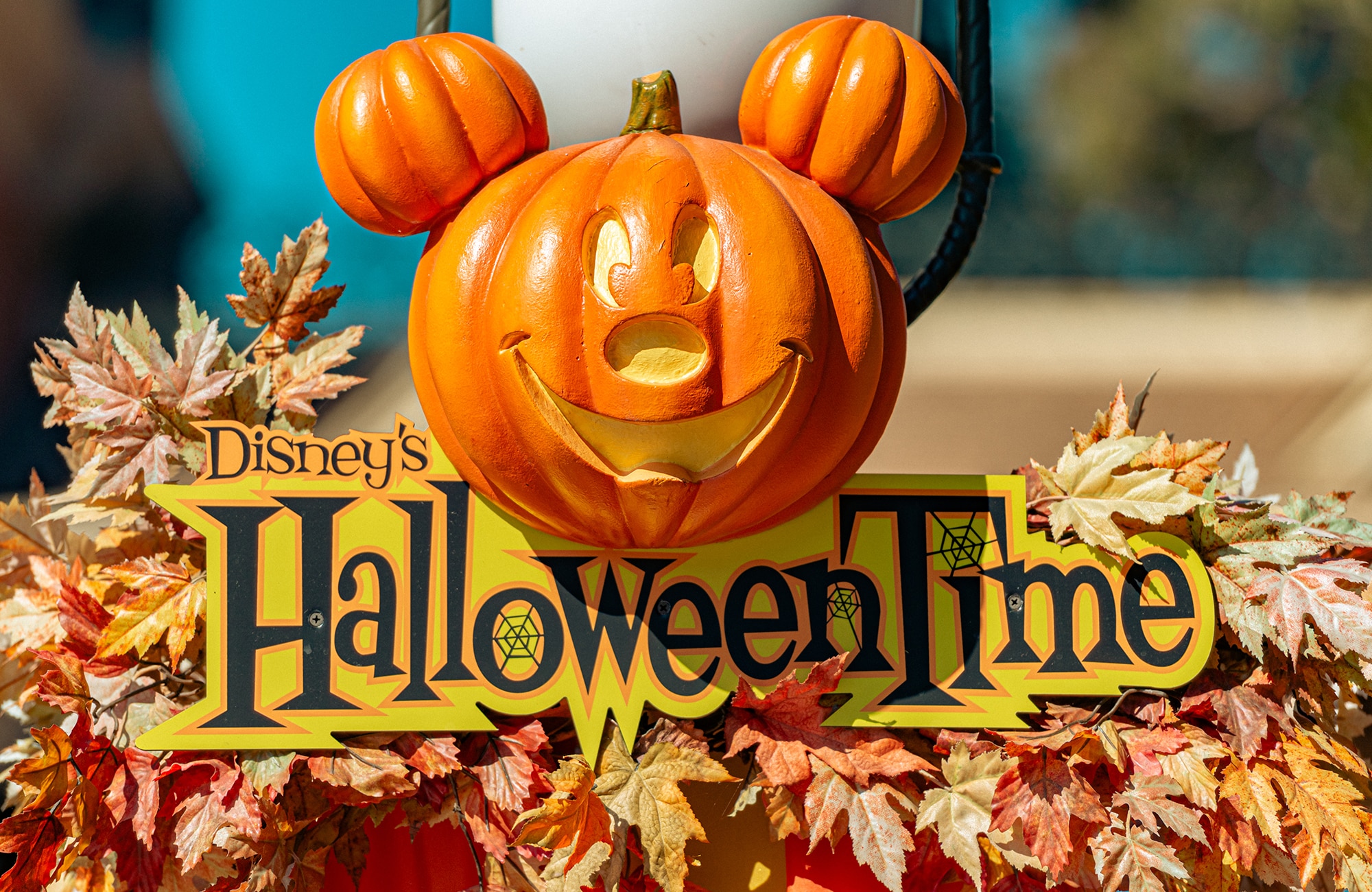 Halloween 2022: Everything you need to know

The spookiest time of the year is upon us, as Halloween 2022 approaches. What started as a trend for horror movie lovers and decoration enthusiasts has now reached the mainstream. Besides scary movies and horror costumes, there are plenty of interesting activities around the spooky time. Therefore, we would like to bring you closer to this special holiday and also present the most interesting activities.

What is Halloween anyway and why do we celebrate it in Germany?

According to NDR, the origin of Halloween is not in the United States, as many think, but in Ireland. On October 31, the Celts celebrated one of their most important festivals: Samhain. It celebrated the harvest, the beginning of the cold season and the start of a new calendar year.  In addition, it is supposed to be easy for people to establish contact with the other world on this special day.

On Samhain – so the legend says – the dead are looking for the living, who will die soon. With creepy costumes, the inhabitants hoped to scare off these evil spirits. With large fires and small gifts, the spirits should be appeased and they should be dissuaded from the original intention. This was also the origin of the creepy pumpkins, which are hollowed out on the inside and equipped with tea lights. Thus, especially at night, their eerie look unfolds and illuminates the area.

In the meantime, the belief in evil spirits has been discarded, but the festival is still celebrated. The Irish who emigrated to the United States at the end of the 19th century established the festival in their new homeland, from where it found its way to Europe.

The economy has also picked up on the special nature of this day, offering all Halloween lovers an assortment of costumes, convenience food and decorations. Children are especially fond of this day, because in addition to spooky costumes and scary stories, Halloween offers plenty of candy for industrious kids who wander from house to house demanding “trick or treat.”

The upcoming 10/31/2022 has another special feature in store. It is a public holiday in the northern and eastern states of Germany. Reformation Day commemorates its originator Martin Luther, who on this day proclaimed theses and called for a reformation in the church, which resulted in the beginning of the Protestant Church. The holiday has been a public holiday in Lower Saxony, Hamburg, Schleswig-Holstein and Bremen since 2018. In the eastern German states, Oct. 31 has already been considered a holiday since reunification. However, the day after Halloween 2022 has to be worked again, so you should not celebrate too extravagantly.

The question remains, what exactly you can do now on this day off. We list you the most exciting and scary activities to do on Halloween 2022. The presented activities range from family activities to scary parties.

The absolute horror trip is offered by Frankenstein Castle, which has become a real instiution in terms of horror and therefore attracts people from all over the world on Halloween. The Schauerburg, already attracts guests since 1977 in its horror spell. Contrary to what many people think, this is not the place where the horror story of the same name by Mary Shelly is set, but only serves as a namesake.

Yet Frankenstein Castle, with its spectacular shows, terrifying monsters and eerie crypts, never fails to attract hundreds of visitors on Halloween. The castle, which is over a thousand years old, offers an intense experience behind its walls and ruins on an area of over 3,000 m2, where your pulse definitely quickens.

Disneyland is known to many as a breathtaking theme park that captivates young and old alike. On Halloween 2022, the theme park transforms and adorns itself in its spookiest garb for its guests.  The Disney Halloween Festival is the time when Disney villains are in the spotlight. From October 1 to November 6, the motto at Disneyland Paris is autumn, fun-filled spooks and plenty of scares!

The exciting experiences, attractions and encounters with old and new Disney stars promise great family entertainment. With a menu specially made for Halloween, gourmets will definitely get their money’s worth. So Disneyland Paris is definitely an option on Halloween, especially for families who like it spooky.

Europapark in Rust is one of the largest and most popular theme parks in Europe, welcoming millions of guests to its gates every year. At the colorful time of year, Europapark is transformed into a sea of decorative pumpkins, autumnal flowering plants, bales of straw and fascinating light installations at night. This sets the right mood for Europapark’s diverse program.

In addition to special shows especially for the fall and Halloween season, the theme park’s various attractions also provide plenty of spookiness. For example, the spooky house “Niflheim” promises a scare or two. The whole thing is rounded off with a special culinary experience that is completely in keeping with the festivities and definitely worth a visit.

The Kaufhaus des Westens or KaDeWE for short, is probably the most famous department store in Germany. For over 100 years the department store has offered upscale items and luxury goods and enjoys customers from all over the world. At the end of October, the department store transforms into a sophisticated party location and invites, with champagne producer Pommery, to a big Halloween party.

The dress code is simple: dress up as your favorite horror movie character! The event promises plenty of champagne as well as culinary delights. This includes an oyster bar and other maritime specialties served by the in-house seafood restaurant.

From October 14 to 31, Heide Park Resort near Soltau will celebrate the spooky season. The largest amusement park in northern Germany guarantees its visitors a Halloween stay worth remembering. Of course, Heide Park will be dressing up in its scariest outfit for the occasion and delighting visitors with matching decorations and lighting.

There will be a large medieval market, various scary shows and attractions such as stilt walkers, live scare actors and mazes, such as the Subterra, where guests have the opportunity to explore the underground of Heide Park. Topping it all off are delicious food trucks and trick-or-treat rallies.

In a party mood? Then you might want to consider Halloween 2022’s Halloween Party Ship in Hamburg. After the successful debut last year, the organizers want to go one better and call the second edition of the ship party on the Elbe. Already on 29.10., thus two days before Halloween impatient spooky fans can dance to the finest hits of the last 30 years.

Of course, the ship will be decorated for the occasion, which is also expected by the guests. This is the opportunity for horror fans to put on their costumes and show off their best make-up skills. And best of all: thanks to the time change, the party can go on for an hour longer that night.

Movie Park Germany in Bottrop offers not only the finest Hollywood feeling, but also a lot of horror! Between October and November, Movie Park shows its darkest side and transforms into Horrorwood. The Halloween Horror Festival of the Movie Park offers a total of eight horror houses in which it will definitely be scary.

The program is completed by various scary shows, which want to scare their guests and a big Halloween party. Here you can expect murderous house beats, which will ensure a party atmosphere among all party beasts. All horror and Halloween lovers should definitely pay a visit to Movie Park at this time.

Are you ready to be scared? Well then, let’s go! For especially large groups, our group ride will ensure an efficient arrival and departure to your desired location. Even over several days and abroad. Our extensive network of bus operators ensures fast logistics for the desired trip of private and business customers. Of course, this also applies to smaller groups. In our fleet you will find various vehicles for all group sizes.

Thanks to our own drivers, you and your guests can fully focus on the Halloween activities. Interested in renting a bus for Halloween 2022? Then contact us conveniently via our contact form. 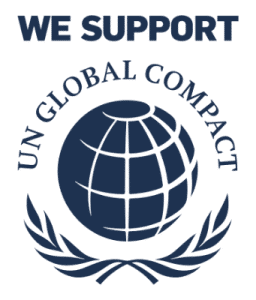